Proof Research has designed these barrels with the goal of improving performance and reliability in the AR platform. The Proof Research Caliber Matched Gas System (CAMGAS) results in a gas system that is tuned specifically for the cartridge and length of the barrel. The AR-15 Platform was originally designed around the 223REM and 5.56NATO cartridges and the AR-10 was designed around the 308 Win/7.62NATO round. With higher performance cartridges such as the 22 Nosler and 6.5 Creedmoor, the bore pressure remains higher further down the barrel. By moving the port location, we ensure that the gas system pressure is the same as what the AR platforms were originally designed around. The result is a recoil impulse that is noticeably softer, less fouling in the receiver, increased reliability of extraction, and less wear and tear on brass. This helps keep you on target and shooting while taking advantage of the latest high performance cartridges.

The patented manufacturing process begins with full-profile, match-grade 416R stainless steel barrel blanks that are made by Proof Research's firearms division. These blanks are then turned down to a significantly reduced profile greatly reducing weight. This reduced contour barrel is then filament-wrapped with high-strength, aerospace-grade carbon fibers impregnated with a high-thermal conductivity matrix resin developed by our aerospace materials division. 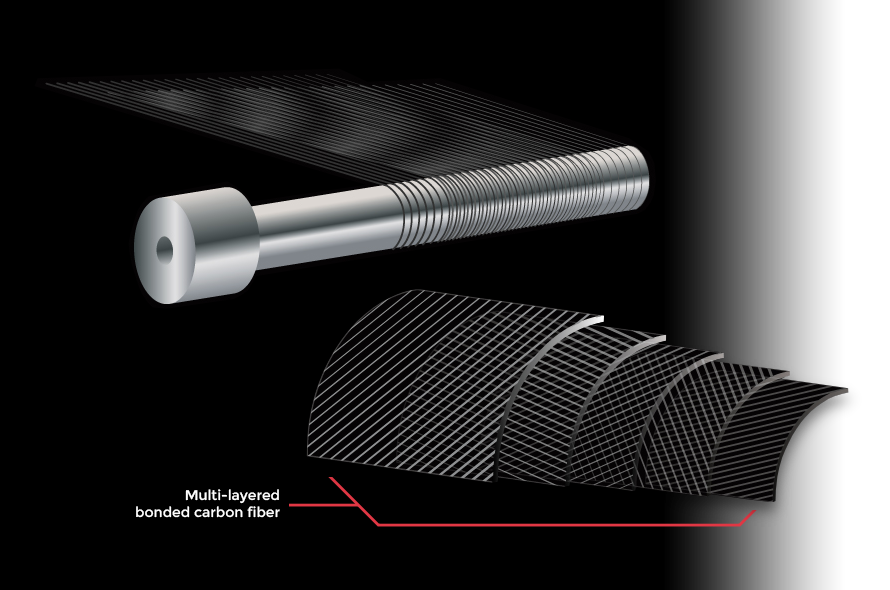 The .223 Wylde hybrid chamber was designed by Bill Wylde to exploit the accuracy advantages of the .223 Remington chambering without pressure problems or compromising the functional reliability of semi-auto weapons like the AR-15 family when using 5.56×45mm NATO military ammunition. Coincidentally, it shoots the relatively long and heavy 80-grain bullets commonly used in the Sport Rifle Competition very well and is one of the preferred chambers for that use.

RECOMMENDED TO BE USED WITH: